Run a scenic double loop at Carrier Park and French Broad River Park, following a paved greenway trail along the scenic shores of the French Broad River. It’s one of our all-time favorite places to run in Asheville.

2.4 miles
(round trip)
? Your mileage may vary! Accuracy of your GPS device, weather conditions, and stops along your route will affect your own recorded distance.
easy to
moderate
?Our difficulty estimate, based on distance, terrain, elevation change, & ease of wayfinding. May vary daily due to weather, trail reroutes, downed trees, etc.
georgia hiking trails: dog-friendly Dog-
friendly
?Leashed dogs are allowed on this trail. We’ve loved hiking this route with our trail-loving Labrador Retrievers! Check out more of our favorite dog-friendly trails near Asheville for a great hike with your pup.

Winding in broad meanders through Asheville, the French Broad River is one of the city’s most treasured venues for recreation, hosting kayaking, canoeing, stand-up paddleboarding and lazy floats on the river. Along its southern run through town, the river’s western banks are bordered by a series of scenic parks and a network of winding trails, connected by a broad paved path named the French Broad River Greenway.

Flat and fast, this route is one of our all-time favorite places to run in Asheville. Nestled in the Blue Ridge Mountains, there’s certainly a scarcity of flat running routes in town – but thanks to the French Broad River’s gently rolling banks, this double loop is perfect for a fast training run or leisurely recovery jog. The route begins at the tree-lined and gently rolling French Broad River Park, looping to the river’s shores and following the river upstream. The run ducks beneath a bridge and arcs to the west, exploring grassy meadows at Amboy Road River Park. And before doubling back to the trailhead, the route makes a wide loop through Carrier Park, exploring a small marshy grassland near the banks of Moore Branch, and passing the park’s picnic pavilions and cycling velodrome, a former racetrack. 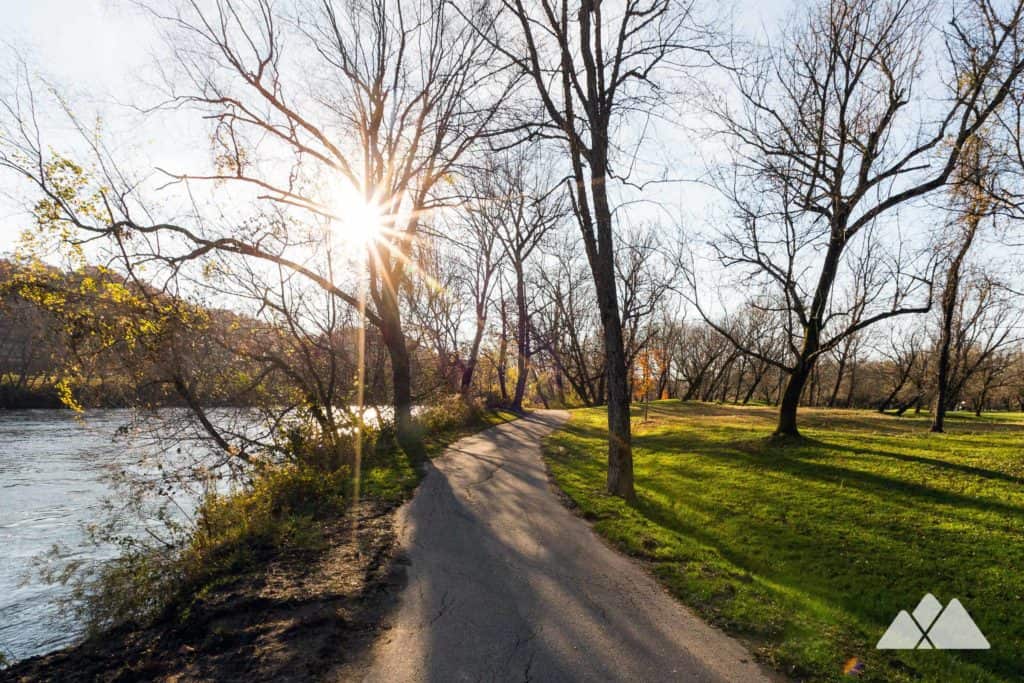 With beautiful river views throughout the route, this double loop offers a great venue for a workout while scoring views of some great scenery. It’s a fantastic running spot for a jog with your pup, too… and the off-leash dog park near the trailhead is a great stop for post-run play time.

The route begins at a trailhead on the parking area loop at French Broad River Park (view maps and driving directions), running northbound. The run passes under the canopy of leafy trees and winds between the knobby, rolling terrain on the river’s banks, following a broad paved trail. The trail passes the park’s off-leash dog park on the left as it arcs to the banks of the river and then turns southbound at .2 mile, beginning to follow the river upstream.

(There’s an unpaved trail that darts to the left just after the Greenway passes the dog park. This dirt path follows the river downstream just over one mile to the New Belgium Brewery, and plans to pave the trail are underway. It’s a great extension to this route, adding a few miles to the run.)

Continuing southbound, the trail winds past the river’s banks and follows an unpaved spur trail under a bridge, following the French Broad in a wide meander. The run picks up a paved path as it loops westbound, entering Amboy Road River Park. After passing a canoe, kayak, and paddleboard launch at .7 mile, the Greenway continues running to the west, scoring beautiful upriver views to the left and bordered by a grassy meadow on the right. The trail departs the river’s banks at .8 mile, winding in a gentle climb to Amboy Road, and following the road westbound. 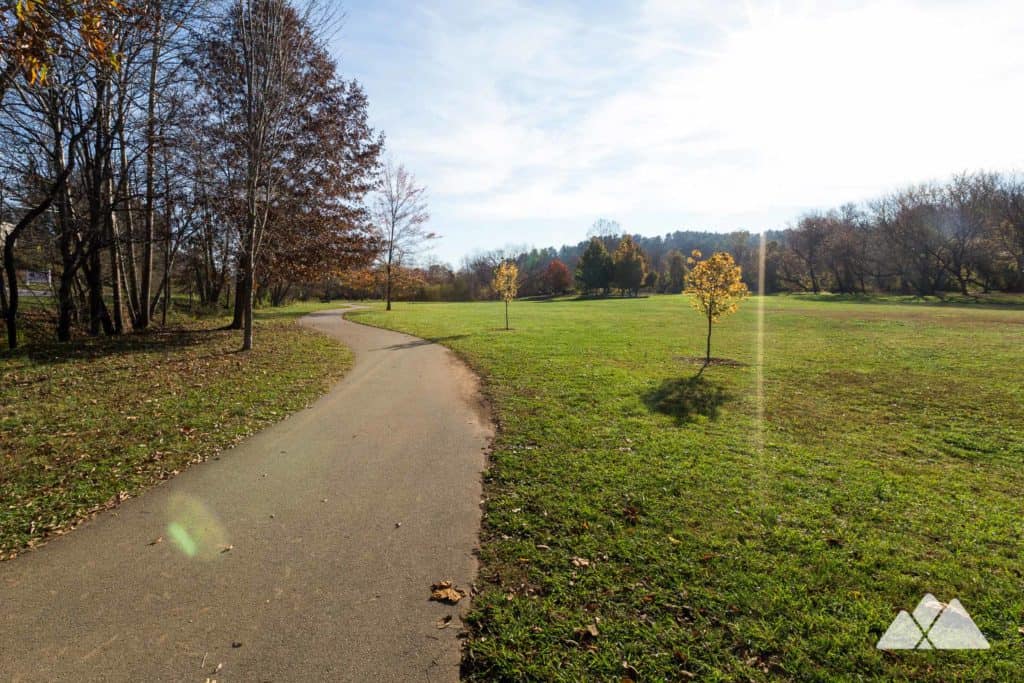 At just over a mile, the run hangs a left, beginning the scenic loop through Carrier Park. The trail splits just after entering the park; this route veers to the left at the split, taking a direct route back to the river’s banks. At 1.1 miles, the run departs from the concrete and begins following a dirt path along the French Broad, passing a wooden observation deck and gently winding through a small grove of trees.

Nearing the park’s picnic pavilions, the route follows a concrete path westbound, running towards the cycling velodrome, ballfields, and former raceway. Reaching the park’s entry drive, the run follows the driveway toward Amboy Road, passing through the parking area and rejoining the Greenway, hanging a right at just under 1.5 miles. 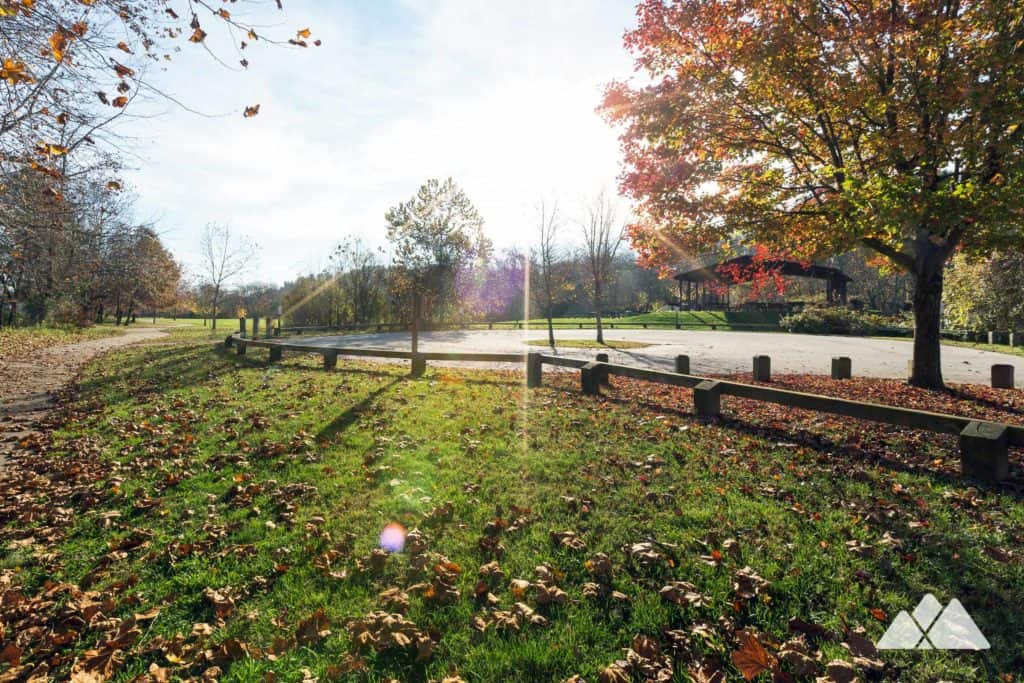 The trail parallels the road over the next quarter mile, gently winding through the abundant stretches of sun-drenched grassland. The run completes the Carrier Park loop at 1.75 miles, following the Greenway out of the park and doubling back to the trailhead through Amboy Road River Park. After rounding the wide bend along the French Broad and following the short unpaved stretch under the Amboy Road bridge, the run hangs a left after re-entering French Broad River Park, following the paved trail back to the trailhead. The route reaches the park’s restrooms and trailhead at just over 2.4 miles, completing the adventure.

Always leave no trace, pack out everything you pack in, and if you see trash, pick it up and pack it out.

Stay on the marked trail, tell someone where you're going, pack safety and wayfinding essentials, and don't rely on a mobile phone to find your way. Please always practice good trail etiquette. And before you go, always check the trailhead kiosk, official maps, and the park or ranger office for notices of changed routes, trail closures, safety information, and restrictions.

This trail is maintained thanks to the hard work of countless volunteers and donations from supporters of the Asheville Parks and Greenways Foundation. Please support them by making a donation or joining a volunteer day. Let's work together to keep these fantastic trails maintained and open for use!

Free parking is available at the trailhead.

Eric Champlin is a creative director and photographer who loves to explore southeast. He's the co-owner of Trailful Outdoor Co, a locally-owned hiking outfitter shop in Hiawassee in the Georgia mountains near the Appalachian Trail. He’s also the co-founder of Atlanta Trails and Asheville Trails, digital magazines that highlight the South’s best outdoor adventures. His mission? To inspire others to get fit outdoors and explore the South’s incredible scenic beauty. 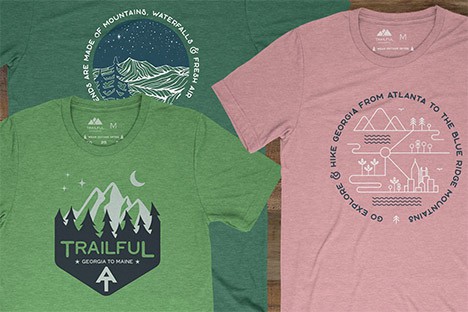 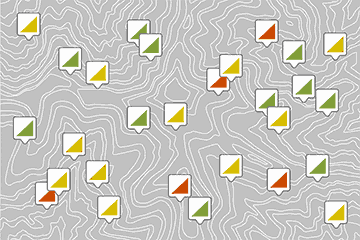 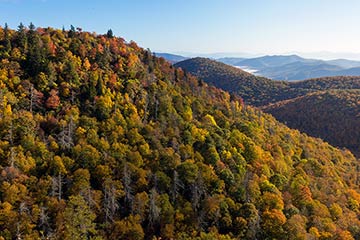